Wave Game is an inter-school Cyber & Tech contest proposed by Wavestone, a french transformation consulting firm, that takes place over 6 weeks with 3 challenges during 1 week each During this competition, 3 paths are possible: The cyber technical path (blue), the cyber functional path (yellow) and the cloud and devops oriented tech path (green).

In 2022, I had the chance to participate in this contest with my team Rhackgondins in the cyber technical course. During the last event, we were a bit tricky and found a way to win the event.

First of all, network scan

Let's start this test with a network scan. For that, we use Nmap :

We find some really interesting results that we decided to resume in a table :

First, let's search in SMB share for some interesting files. We find a kerberos ticket of user "ben.bidon". We can use this ticket to perform a scan on the Active Directory.

When we think about AD pentesting, you directly think about the common attack "Kerberoasting".

Let's use "ben.bidon" account to scan the Active Directory in order to find a "Kerberoasting" vulnerable account :

We find one vulnerable account called "servadm.local". We can now retrieve the password hash of this user in order to perform an offline brute-force attack.

Let's use hashcat combined with "rockyou.txt" to perform the brute-force attack on the "servadm.local" hashed password :

After couple of seconds, the password is successfully cracked :

We first tried to connect to the VM "Custom Service" with the account :

Now we are on VM, but what do we do ?? I can see on the desktop an application which informs us that we are on an EC2 VM in the AWS cloud...

Let's try to exit this VM !

In my work, I'm used to work on Azure cloud machines and I know that there is a private API for each VM that allows to contact the Cloud API, in order to retrieve informations about the subscription/environment the VM is in.

After some researches, I found that there is the equivalent as the same private API adress on AWS : https://docs.aws.amazon.com/fr_fr/AWSEC2/latest/UserGuide/instancedata-data-retrieval.html

We will then try to do some research using on this API. To contact it, we juste need to use the VM browser : 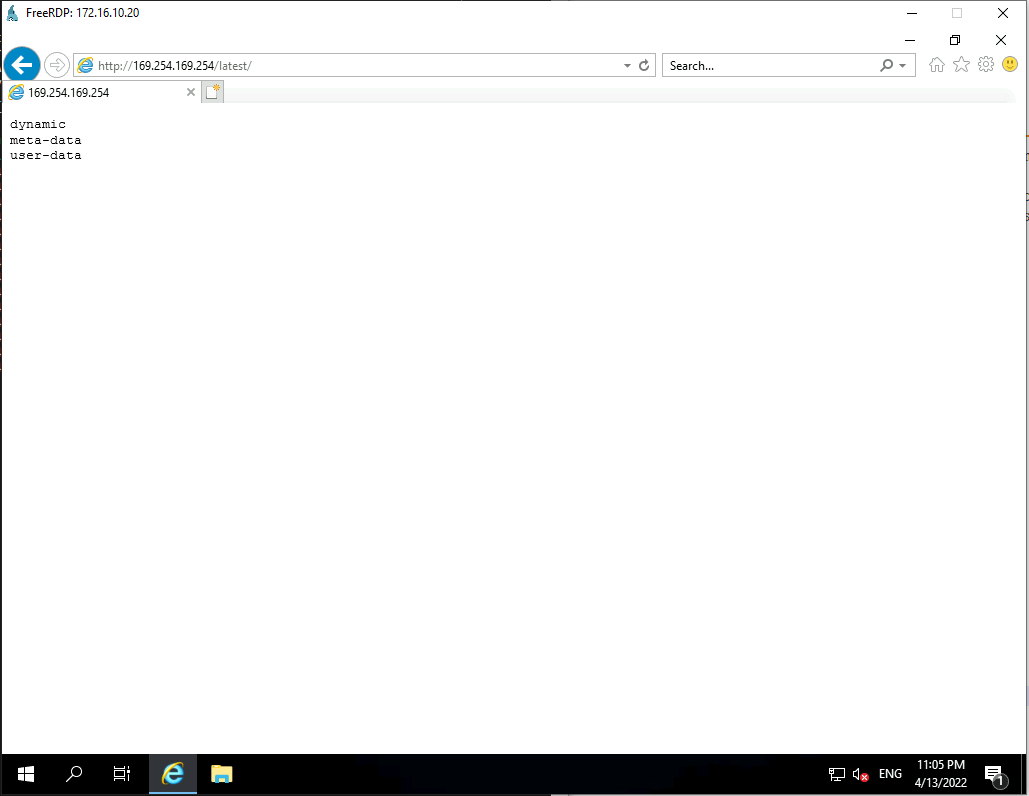 Ok now we can see 2 informations that interest us : "meta-data" and "user-data".

Let's first search in "meta-data". After a few minutes, we found a really intersting thing : 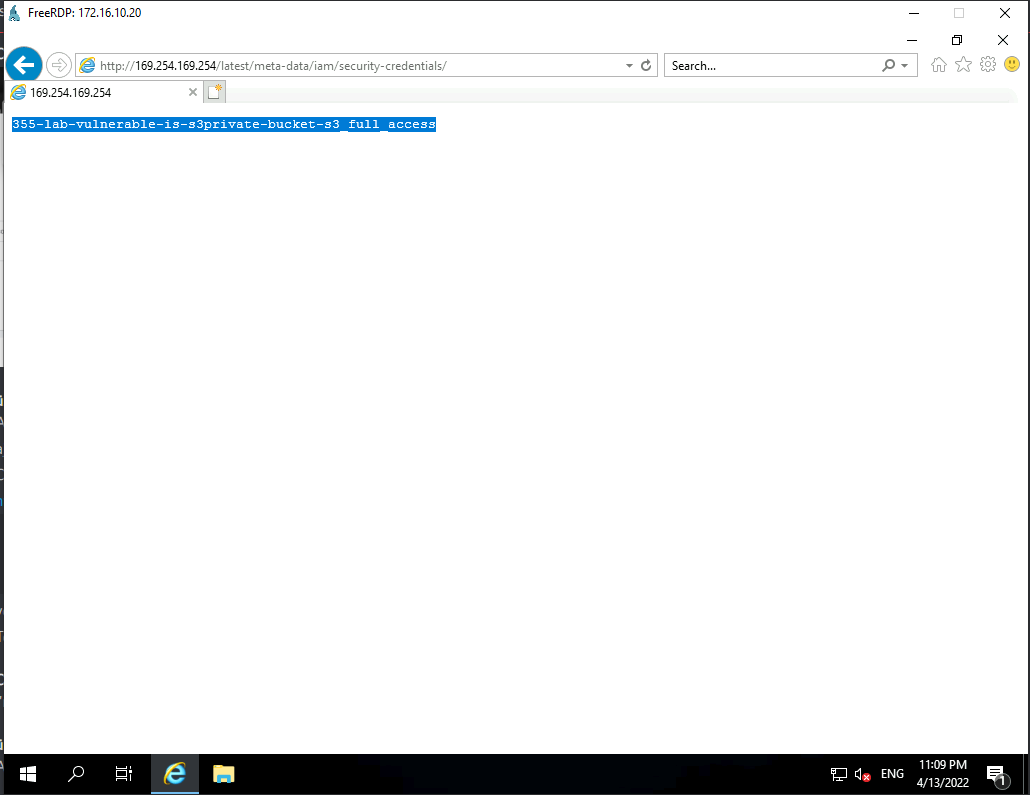 That's the role that have been given to the VM, let's open it : 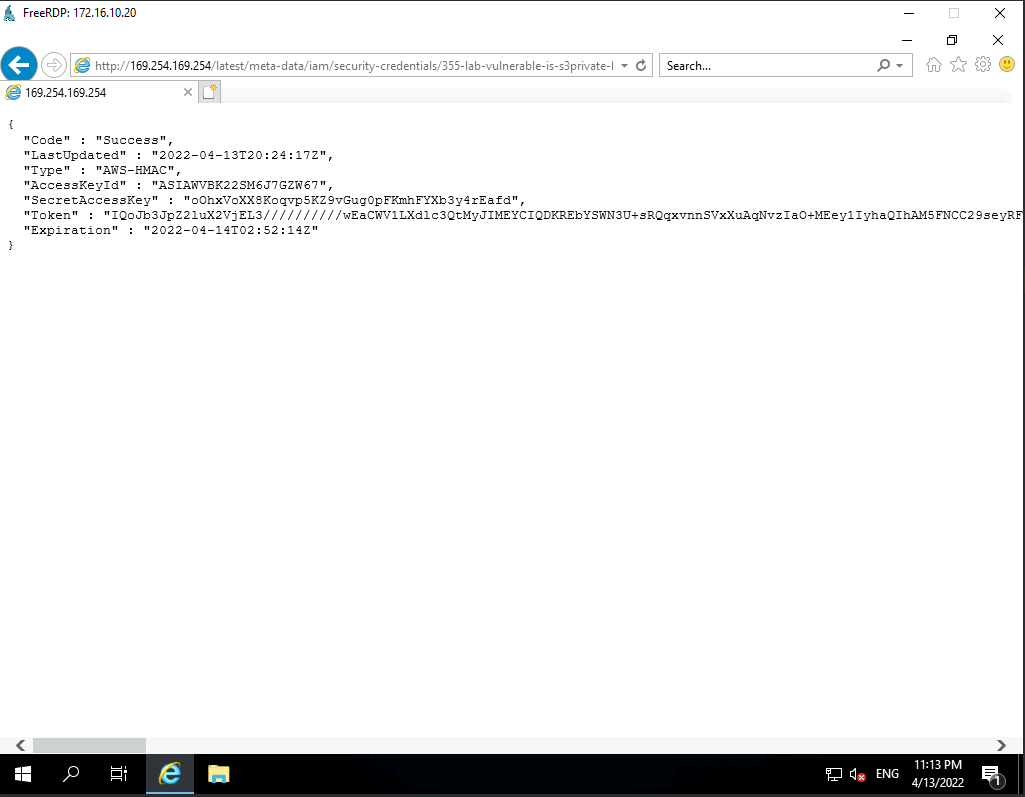 TADAAAMM, a complete access with Token and Access Key that we can use in order to retrieve informations about the Cloud environement.

After trying to use it locally, we found that it wasn't possible. We then decided to use it directly from the VM, but all actions were forbidden...

Let's continue our researches and try to go on "user-data" : 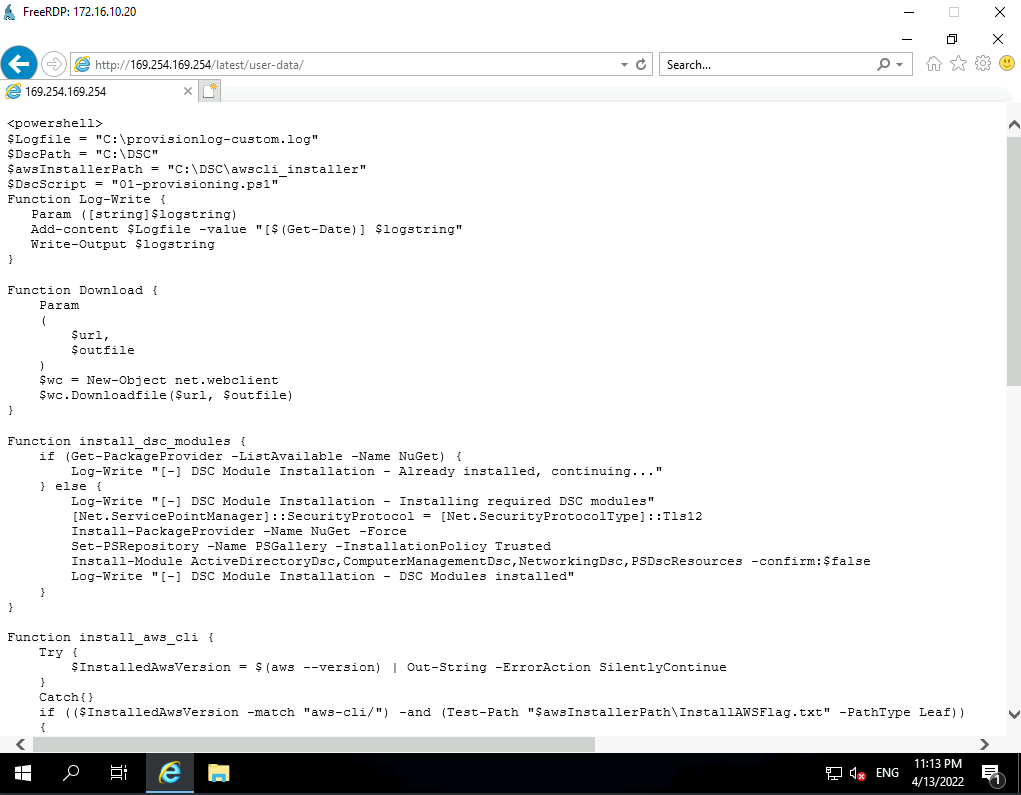 Wow the init script, it has been used in order to initialized the VM.

After some code reviewing, we found a really interesting part :

We found a Bucket name we were not able to found before because "List bucket" action was forbidden.

Ok now that we know the AWS S3 Bucket name, we can try to retrieve the content of it with the command :

And it worked ! We dumped the entire content of it and it contains a lot of interesting informations.

We know need to review all files :

After reviewing the files, we found really interesting data in "01-provisioning.ps1" powershell file that is used to initalized VM :

This is the scenarios we should find when doing the pentest ! We know have the solutions !

There is however a problem, the script supposed to initialize the Web server is in Powershell, but the server is a Linux...

It seems that it's an old version that has never been deleted from the Bucket. So we still need to find solutions for the webserver VM.

Let's first try to contact the webserver on the port "8080", a page appeared : 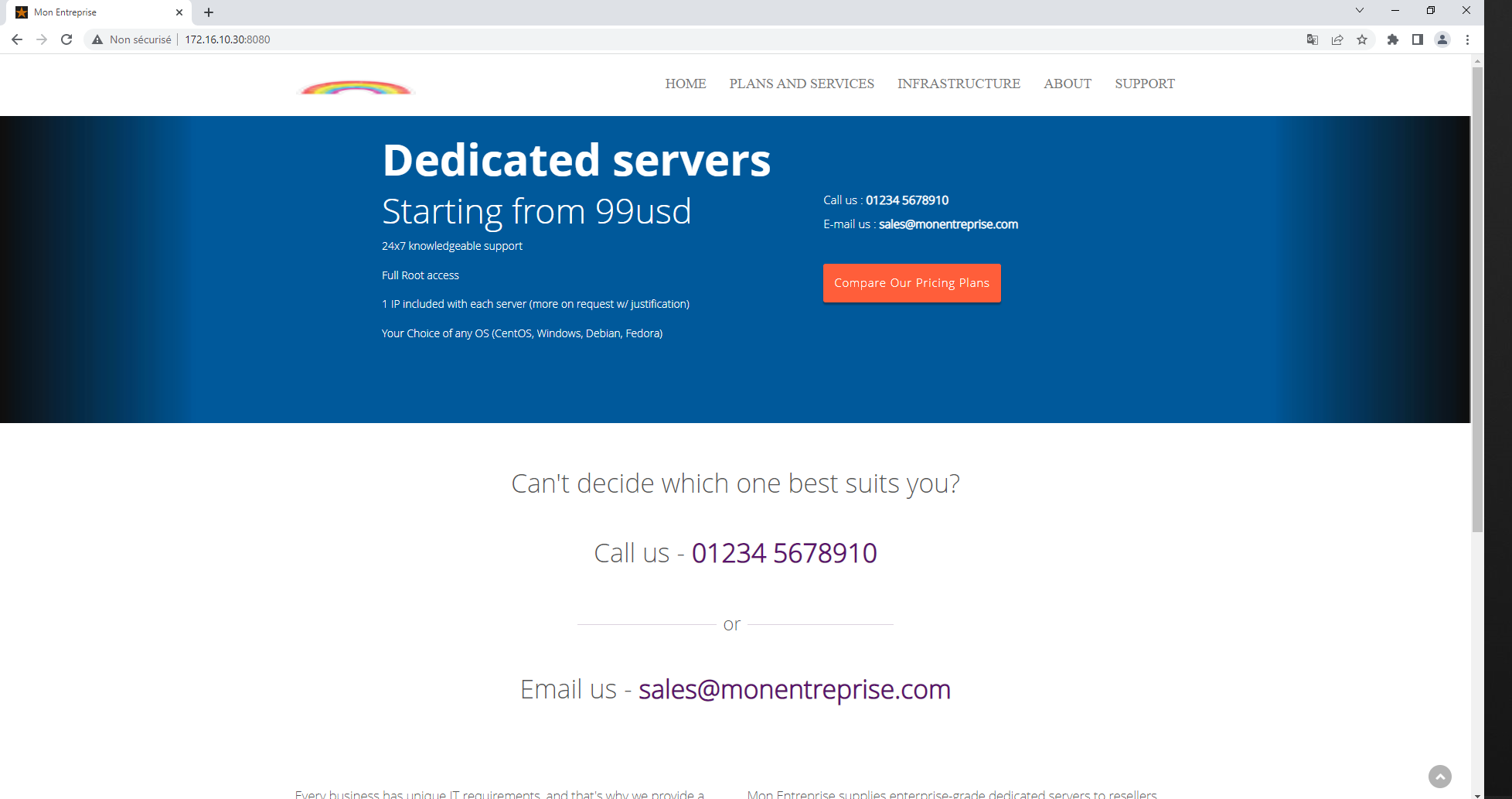 We try to exploit common vulnerabilities. After some tries, we find a really import vulnerability : default tomcat credentials "tomcat:tomcat" are working ! We can now access the admin panel : 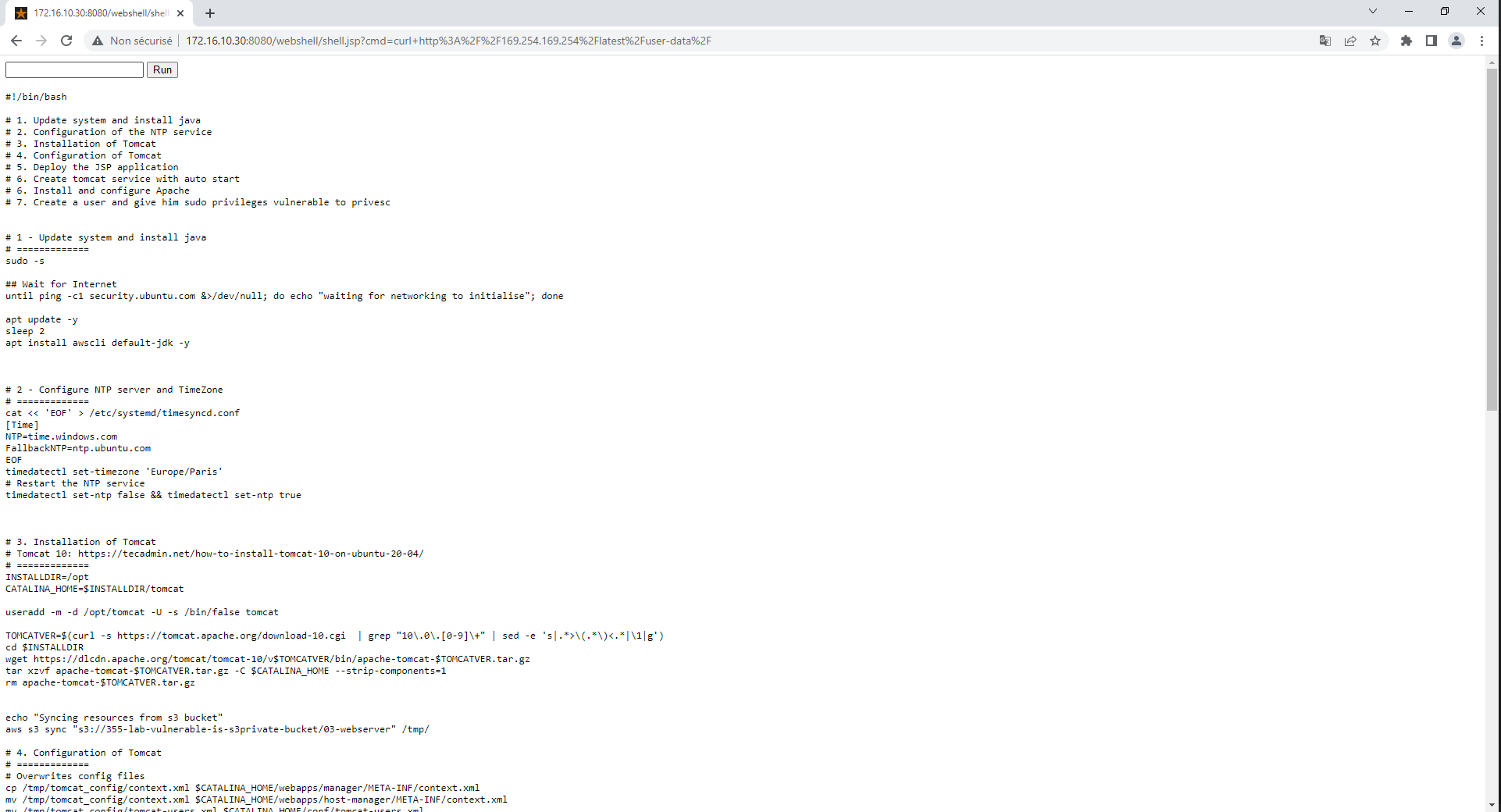 After some code review, we find again a scenario leak :

This is why we didn't find in the bucket, scenarios were directly in the initalization script of the VM. Now, we know every vulnerability that we should have found during this pentest challenge :)

We finished at the first place of this last challenge thanks to this trick.

Thanks to Wavestone for this contest that I really appreciated to do, and well done to all the other participants !